[Page 1]
Racism has always been an issue with African Americans who live in a westernized colony,[DN: interesting choice of word - 'colony'. Why did you use that word and what are you implying by using it? Explain] where they’re part of the minority. Black people are often portrayed as drug dealers/users due to modern day films and the media. [DN: examples? Or reference to other studies to support this?]  Since mass media has a great impact on today’s society as it is able to change individual’s behaviors, society has been brain washed to depend on information given.[DN: PG, SC] In turn, this brings us to the mass media’s discrimination against black athletes and the accusation of drug use. [DN: give examples]

Our society is controlled by the mass media, where individuals are inclined to believe almost anything the news states. Following the 2012 Olympic Games in London, where the 2 [two-] time world record holder, Usain Bolt, wins [won - get the tense right] his gold medals, he was accused for drug cheat due to his phenomenal performance. [DN: PG] “It is really annoying that Lewis said those things without any proof”, states Bolt, as he was answering comments.[DN: who is Lewis who he refers to? Citation needed for the quote] This was not because of his outstanding run, but because social media has created the perception where black athletes are more inclined to drug cheat.[DN: back this up with examples or explain in more detail.] They believe that in order for a black athlete to do well, they must cheat. This suggests that because of the media’s outlook, the identity of black athletes is prejudiced. [DN: The paragraph needs reworking with suitable references. There is too much unsupported assertions in here at present]

For decades, the media is unaware of the perception of double standard.[DN: PG. What do you mean by this? Explain]  Black athletes are inspected more thoroughly when they perform well, in comparison to other athletes. Whenever something seems suspicious, society is more likely to turn all their attention on them and have extensive analysis. As a result the percentage of black athletic drug offenders is much higher than whites.[DN: Logic doesn't necessarily follow] In turn, this creates a never ending cycle, where society continues to believe the stereotype.


DN:  You have a starting point for your photo-essay, Stanton, but little more than that. There is very little here for me to comment on (or provide a grade for). Develop this idea of the media double-standard when it comes to black athletes. What is the conceptual framework you are using for this, and through which you are going to explain what is happening? Do you have a case study of a particular athlete such as Usain Bolt? Or is the portrayal of black athletes in the media your case study, in which case, what is it a part of? You might want to refer back to the reading in the first week on case studies.
What images are you going to use? How well they help drive your argument or narrative forward?

It would also be helpful if you included this on the class wiki rather than in the general SFU wiki.

Introduction/thesis statement or topic: You have outlined the broader topic, but I don’t know what your case study is, nor the conceptual framework you are going to use for this. Nor is it clear why this is important?

Body – paragraph structure: You have a good starting point, but you need to develop this considerably.
You might want to refer back to Writer’s Help and see if your paragraphs all have the necessary components in them.

Conclusion: Again, the starting point for the conclusion is here, but I’m not sure where you are going with this.

Application of concepts: Although a number of possible concepts are mentioned in the portion you have written, there is no indication of what your conceptual framework is.

Sources/citations: You have given three sources, one of which is an e-book available in the SFU Library, but hasn’t been referenced properly. You will need more academic sources as you develop this. 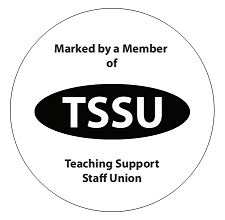