A case study of otaku phenomenon


Do you consider yourself as an “otaku”?

l  Can you define the word “otaku”?

l  Can you name at least 5 manga that you like?

l  Have you ever dressed as a character in mange, comic or video games?

l  Have you ever use “Orz” or “OTZ” or anything else similar to express emotion when texting?

If you can answer at least 4 questions correctly, you are the one of this particular group.

Otaku is a universal term for people who are familiar with manga. However, it is still an unknown word for [within] the domain [dominant] culture. In this essay, I will introduce otaku phenomenon as a subculture. [DN: Good for what it is, but this needs to be expanded. Why is this important and what other concepts are you going to use in here? Incorporate the next paragraph into this.]

The origins of otaku

Otaku is a Japanese term that original used by a famous otaku and pop artist [name?] to describe the creators of Super Dimensional Fortress Macross, which is a famous anime produced in 1982. (Eng, 2003) [DN: SC, PG. Need to put citations within the period. Tites of publications, such as Super Dimensional... should be in italics.] Moreover, the term is popularized by William Gibson in his novel named Idoru [italics as it is a title] in 1996. In the novel Idoru, it describes that otaku are people that are weird, not sociable and difficult to understand, they enjoy plastic dolls, military simulations and things that boys usually do. (Gibson, 1996) [DN: placement of citation. Need some further explanation of what you mean by "things that boys usually do" as that covers a huge range of possible activities.] Nowadays, otaku is a term that generally describes people who enjoy manga, anime, video game and even popular singers, especially female singers.

Otaku as a subculture


In the book Key Concept in Culture Theory, [title in italics] Edgar and Sedgwick states “Subcultures articulate their opposition principally through exploiting the significance of styles of dress and patterns of behavior.” (Edgar, A.& Sedgwick, P. ,1999, p.387) [DN: check APA guide for correct format for citation.] and as Irwin says in ["]Notes on the status of the concept subculture,["] the style of subculture can be recognized explicitly.(Irwin, 1970) Being distinct from the domain [DN: I believe you mean 'dominant'] culture, otaku acts differently in both dress and behavior. First of all, some of them enjoy dressing as characterizes [try 'characters'] in mange, comic or video games during their own event, and we call them “cosplayer”. [DN: SC] To do the role play, it is important to imitate not only characterizes’ clothes and make up, but also behavior. Moreover, most clothes or tools are made by themselves, it makes them unique.[DN: SC] Secondly, otaku usually addict[ed] to garage kits [? Is this correct, as I've never come across the term before], which are model of characterizes that they can build.[DN: SC, PG] Furthermore, most otaku may collect thousands of models. Third, there’s unique language form manga or comic that otaku uses in daily life. For example, they may use “moe” to express “cute”, because “moe” usually appear in Japanese manga. Similarly, there’s an emotion icon that is “orz” describes bowing person, and it’s a sign of the posture in mange when people despair. (Jadin, 2005) These unique behavior and dress become identity of otaku, as Edgar and Sedwick claims that “The subculture may therefore be seen to negotiate a cultural space, in which the contradictory demands of the dominant parent culture can be worked through, or resisted, and in which the group can express and develop its own identity.” (Edgar, A.& Sedgwick, P. ,1999, p.387) 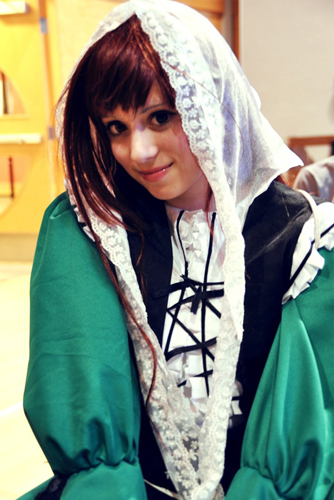 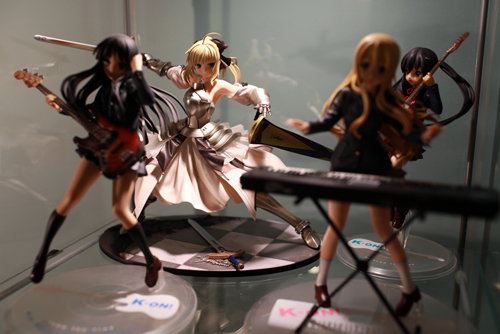 Otaku creates many small subcultures, such as cosplay and emotion icons.[DN: this needs further explanation,preferably earlier in the essay. So, otaku create subcultures within the subculture of otaku's?] This essay mainly focuses on the otaku as a subculture. Otaku is first introduces in Japan, but it has been developed to a global phenomenon through the media.[DN: PG] As a subculture, otaku has its unique identities to express themselves, such as role play and emotion icons.

This article describes otaku in historical term. The researcher states the origin, the significant characteristics and the influence of otaku. This

article is relevant because it as second source provides the detailed origins, which the otaku is been brought to this world through media

This book introduces key concepts, it explains concept carefully and provides source and arguments. I used one concept, which is subculture, in this book to show the relationship between otaku and subculture.

This novel popularized the term otaku in English, the word otaku is used to describe geek. It shows how the domain culture define otaku. The

definition of otaku in this novel contain the bias that the domain culture has, I use this reference to show the otaku, as a subculture, is not

accepted by the domain culture at the beginning.

Irwin, J. (1970). Notes on the status of the concept subculture. [DN: check correct APA format. This from K. Gelder & S. Thornton, The subcultures reader. See the notes in the front of the CCW.]''

This chapter describes subculture that becomes an explicit and important system. It also states subculture can be seem as a lifestyle, which is

distinct from the domain culture. I connect this argument to the example of otaku’s lifestyle to show that otaku, as a subculture, has its

This article talks about the emotion icon “orz”, the origin and definition of this emotion icon. I use it to explain the meaning of this

A good start, but this needs further development. In particular, there needs to be at least one more concept used in explaining otaku’s. Your images also need to be better integrated (and more of them). At the moment they are little more than decoration with no explanation as to why they are there. At the moment, with little additional development, this is probably in the C to C+ range.

Introduction/thesis statement or topic: Very short introduction. I suggest you develop it by including the next paragraph as well, and explaining why this is relevant or important (answer the “so what?” question). As well as introducing ‘subculture’ as the lens you are going to look at this through, also introduce any other concepts.

Body – paragraph structure: Ideally you won’t need subheads, because you have written the essay in such a way that each paragraph transitions into the next paragraph smoothly. Take a look at the “Paragraphs” section in Writer’s Help.

Conclusion: Good, as far as it goes, but too brief, with the brevity reflecting the essay. This needs to be built up, while will happen with the addition of at least one more concept.

Unity, coherence & flow of writing: Grammatical issues get in the way of the flow, as do the subheads. Reasonably coherent as a piece of writing, though.

Application of concepts: You have introduced the concept of ‘subculture,’ but you need more than this to meet the requirements of this essay. You need to define what a subculture is somewhere early on in the essay (drawing from one of your references).

Appropriate style (voice and diction): Okay, aside from the grammatical/English issues.

Sources/citations: Some good sources used, that you could utilise more than this. The reference list should be in alphabetical order by author, and you don’t need to do this as an annotated bibliography. In-text citations should simply surnames.